Multidisciplinary artist, restless ass. Creator, like that, in general.

His approaches are varied but always guided by a common theme: the construction of identity, particularly the identity of the queer subject in Europe in the twenty-first century. From this space, he constantly works on a revision of sexuality, gender and sex and their direct relationship with capitalist culture and liberal politics, always from the plastic, performative and textual, giving great importance to compilation and accumulation. Processes in which change and mutation are a constant.

2018 is a busy year. It begins with its exhibition in the Horst gallery (Zaragoza) called “BURNING”. In June of the same year he exhibits in Crack Madrid a series of drawings called “VACATIONS” and in August he exhibits in Barcelona in Haimney Gallery a compilation of his last three years of drawings which he calls “WHAT A GAY DAY TO BE ALIVE!” He participates in the collective exhibition of artists of Gunter Gallery and in November he travels to Montevideo and Buenos Aires to present his performance “Archivo.Deseo” at the CCE thanks to two grants by Iberescena and Pice to the Bullshit Fest project of which he is a part. His project “HÈRCULES ERA” was selected for the Artnit Campos 2018 call in Mallorca. In 2017 he exhibits in the Sala Umbral de Primavera (Madrid) a series of paintings reinterpreting the figure of San Sebastian called “LOS SANTOS”. In 2016 he exhibits “Un astronauta/un nino cowboy/un beso cannibal”, in El Umbral de Primavera (Madrid). Also in collective exhibitions such as “Je ne sais pas encore exactement” (Paris, 2013), “Fabricate Exhibition” (Sheffield, 2013), “Aurrekontua/Presupuesto 5€”. (Bilbao, 2014), “Transito” (Bilbao, 2014), and “Egiten dugu” (Gueñes, 2015). In 2013 he wins the 2nd prize in the III Certamen de Arte Hotel Carlton (Bilbao) with the work “Tu seras mon roi soleil”, and in 2014 his piece “CASUS BELLI/ MEA CULPA” is selected to participate in the interventions in the bridge of Deusto (Bilbao), organized by the UPV/EHU in collaboration with the City Council of Bilbao.

In 2016 his project “TECHNOLOLA”, an audiovisual and performative research about techno music and the figure of Lola Flores, is selected to participate in the Salon de Practicas Contemporaneas GETXOARTE 2016. Codirects the project SemenUp, that in 2017 was exposed in La Juan Gallery (Madrid). Codirects and is also resident in the project El Puñal Dorao, a four-monthly party in Madrid where he vindicates abject identities through night and dance.

Within the performance and the scenic, it is worth highlighting his stay in Paris where, tutored by the Cuban artist Tania Bruguera, he performs two performances as part of his Erasmus at Ecole Superieure des Beaux Arts de Paris as they are “Aidez moi si’il vous plait. Je veux changer de sexe. Un piece pour mon operation”, or “Je veux etre mere.” He presents my proposal “ARCHIVO.MOV” at the BULLSHIT 2016 festival at Teatro Pradillo. In 2017 he visits Mexico and presents his work “ARCHIVO.IMAGEN” at the Museo Universitario El Chopo and is invited by the Faculty of Philosophy of the Universidad Autonoma de Madrid to present the same work. 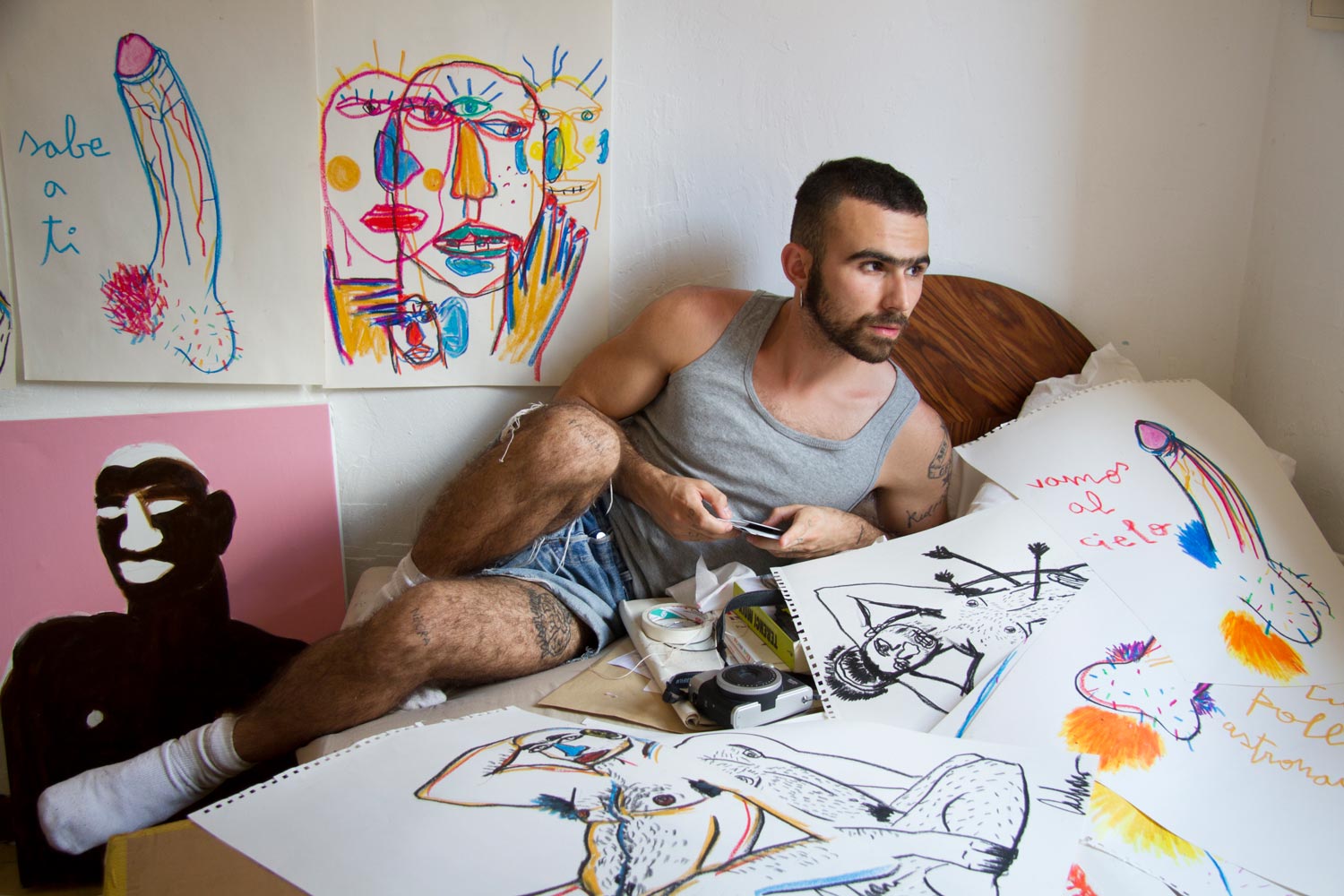